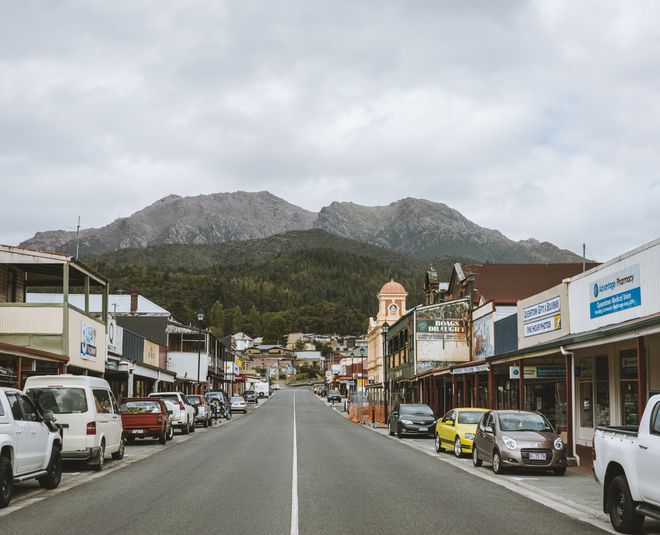 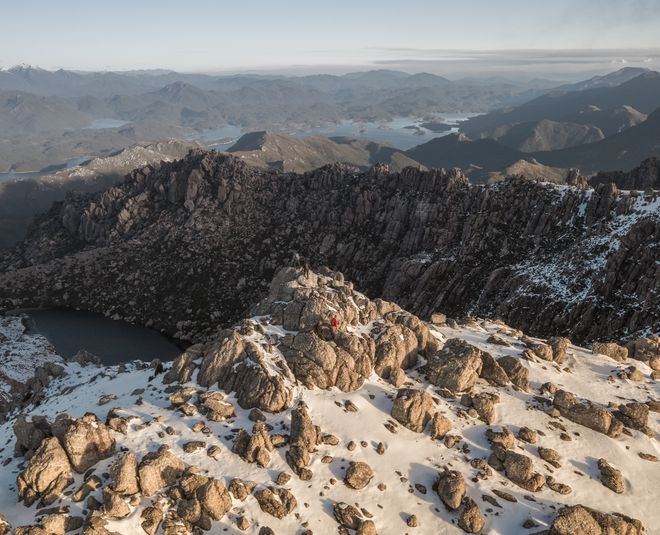 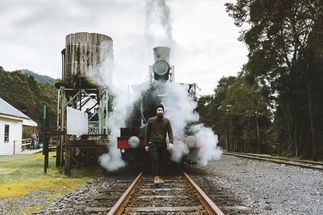 Plan your trip around this place

The drive into Queenstown from the South is nothing short of spectacular - if not a little stomach churning as you wind your way down the 99-bends of the Gormanston Hill.

Mount Sedgewick and Mount Owen are the two largest mountains that surround the town. At sunset their summits blaze with orange and pink and by day they resemble a cratered moonscape - created by a brutal mining past.

Queenstown is the home of the ABT Railway - opened in 1897 to transport copper to Strahan - the only way to get the ore to market. This railway was the only access through to Queenstown until 1932 when the road to Hobart was opened. Visitors can now journey along the same tracks on board the West Coast Wilderness Railway.

Spend your time visiting art galleries, museums, lookouts and surrounding Lake Burbury (created in in the 1980s after the flooding of the King River) whilst taking the time to delve a little deeper to learn it's history - there's always a local keen to share a story.

How to get here.

Popular in and around Queenstown 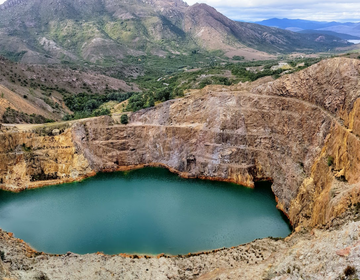 The Iron Blow is the site of the earliest major mining venture at Mount Lyell, back in 1883.  The lookout gives a vertigo-inducing view of a landscape scarred by historical mining activity.  Walk out onto a cantilevered lookout offering fantastic views over the former open cut mine and the Linda Valley. 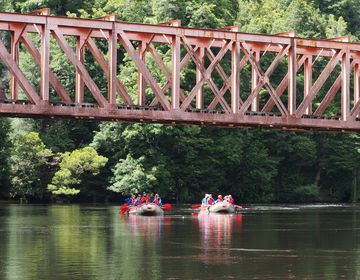 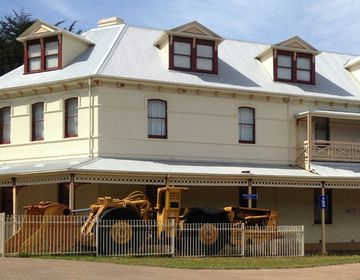 Housed in the 1897 Imperial Hotel offering a unique collection telling stories of survival, endurance and sacrifice, as well as providing a very personal record of the people themselves and their daily lives.

Places to stay near Queenstown 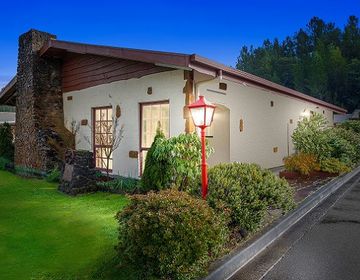 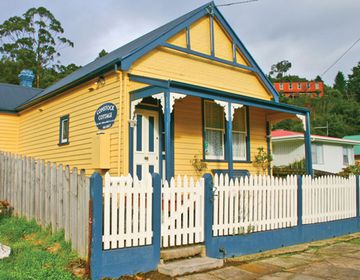 A comfortable cottage kept cosy in winter and cool in summer. You'll enjoy the luxury of sleeping in a lovely queen size four poster bed in the main bedroom. Comstock Cottage is a good base for exploring the many attractions of the old mining town of Queenstown. 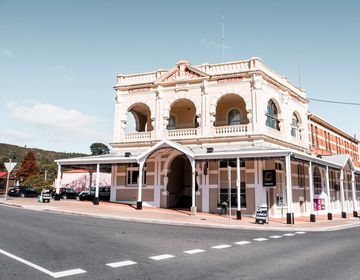 Built-in 1901 the Empire dates back to the wealth of the mining era at the turn of the 20th Century. It is the grand old lady of the West Coast and has a prominent facade in the town streetscape. Inside is a National Trust listed staircase made from Tasmanian Blackwood.